The various large-scale redevelopment projects have been underway at multiple locations around Shibuya Station. The series of redevelopment can be divided into three categories; "construction of large buildings," "improvement of Shibuya station," and "maintenance of pedestrian traffic lines."

Shibuya has the image of a youth town. With the few large office buildings around the station, the function as a business district had been weak. While having one of the best railroads access in Tokyo, Shibuya had been merely working as a connecting station for business people. However, most of the large office buildings constructed after Shibuya Hikarie have enough office floors, and the shortage of office floors has been in the process of resolution.

Of course, the number of commercial facilities in front of the station, which had been reduced during the reconstructions, has returned. The Shibuya Scramble Square East Building has a large number of floors and tenants. It also has some unique stores such as Tokyu Hands and Good Design Store. Since it is directly connected to Shibuya Station, it'll be easy to stop by when changing trains at Shibuya Station.

On the other hand, Shibuya Scramble Square Phase II (Central Building/West Building) will be completed in 2027 on the site of the south and west halls of the Tokyu Toyoko store that closed in March 2020. 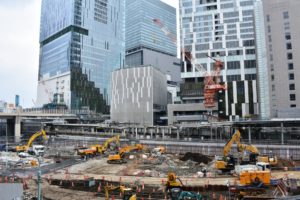 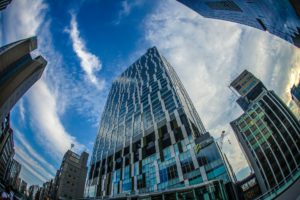 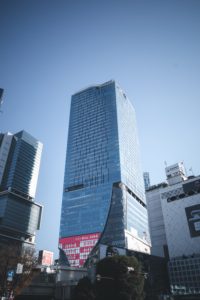 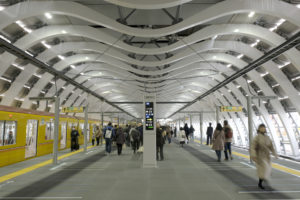 The busiest intersection in the world

"Shibuya crossing" is like a "Times Square in Tokyo," where many international guests often ask me to show them in their tours. In the movie "Lost in translation" (2003), young Scarlett Johansson seems to be overwhelmed by the crowds crossing this famous intersection that is surrounded by a variety of flashy advertisements.

Though there are various opinions, about three thousand passengers come and go on the two-minute lasting green signal. In the southeast of this crossing, you'll find the famous mascot in Shibuya, Hachiko's statue, and Hachiko Square, which are often used for a meeting spot in this area.

There are some places where you can look down this busy crossing near there.

Harajuku and Uraharajuku are one of the biggest youth fashion meccas in Japan whose price range is wide. Takeshita Street is one of the main streets in this area. You'll find a variety of convenient takeaway stores such as crepes and cotton candies, some animal cafes such as for hedgehogs, dogs, cats, and owls,  in addition to plenty of affordable clothing shops.

Uraharajuku is a network of the backstreets spreading perpendicularly to Omotesando street, where you'll find plentiful unique selected stores, boutiques, and cafes. Cat street is one of the main backstreets in the Harajuku area, which was built on top of the Shibuya River, which runs through the Shibuya area. Without a map, you'll think as if you were in a vast maze. But whenever you get lost, you'll find fascinating trendy stores, boutiques, dining restaurants, and cafes in this area. 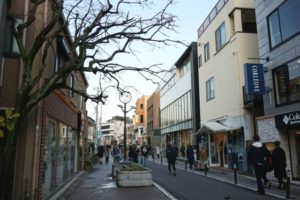 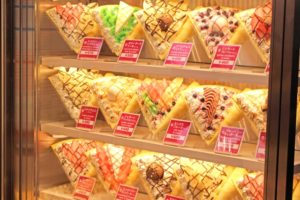 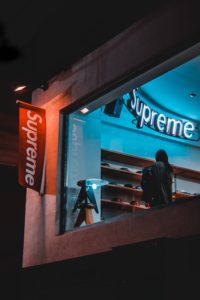 Omote means "front," and sando means "approach." Omotesando was initially paved as the primary approach to Meiji Jingu Shrine in the 1920s.  Beautiful zelkova trees are lined along both sides of the avenue from the Harajuku area to Aoyama street. Compared with the Harajuku area, Omotesando is a more upper-class neighborhood with major luxurious high-brand boutiques and refined restaurants and cafes. Also, this street is like a showcase of the unique and creative modern architectures. 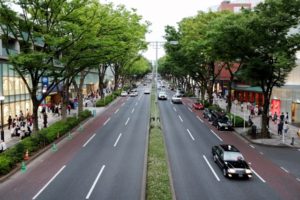 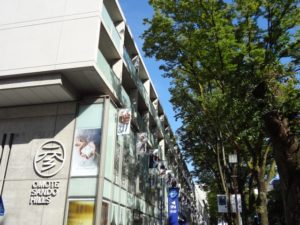 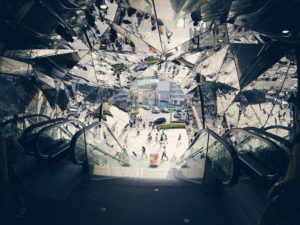 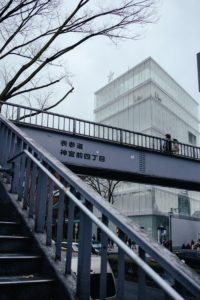 Specialized in Ukiyo-e Artworks at the backstreet of Omotesando

Ota Memorial Museum of Art is one of Japan's leading museums specializing in ukiyo-e. It is located at the backstreet of bustling Harajuku and Omotesando. There are about 14,000 items, including the masterpieces of famous artists such as Katsushika Hokusai, Utagawa Hiroshige, and Utagawa Kuniyoshi. Every month, the museum holds special exhibitions with different themes and displays about 80-100 Ukiyo-e. Regardless of how much you like Ukiyo-e or not, you will enjoy the delicate and variety of the artworks.

Ukiyo-e is one of the Japanese traditional painting styles established in the Edo period, whose history began with the dawn of the Edo era. Ukiyo-e covers a wide range of topics; lives, fashion, prostitutes, actors, landscapes, etc. They became favored, especially among ordinary people.

By the way, "Ukiyo" in Ukiyo-e is derived from" Ukiyo," meaning the world of sadness and worries in Japanese. People tried to enjoy and challenge against such a terrible world by living with full of excitement as if they are floating. So, the Chinese character "Ukiyo," meaning "the floating world," was used instead of "Ukiyo," meaning "sad world." 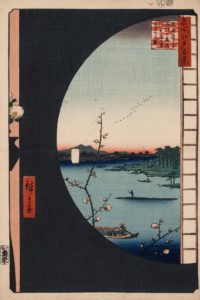