Fushimi Inari shrine in Kyoto is one of the popular destinations for travelers in Japan due to the beautifully lined vermilion thousand Torii.

However, in Tokyo as well, there are some shrines where you can take photogenic pictures of lined vermilion Torii gates. Hie Shrine in Akasaka, about 15 minutes from Harajuku Area by the metro, is one of them.

Torii is a shrine gate that divides the sacred world and the ordinary world. The vermilion torii gates have been donated by those who would like to show their appreciation to the divines after their wishes come true.  People believe that the vivid color drives away evil spirits and prevent plagues in addition to raising the power of the divines. 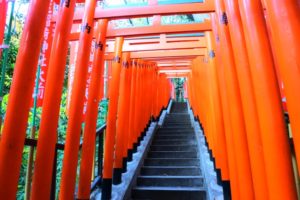 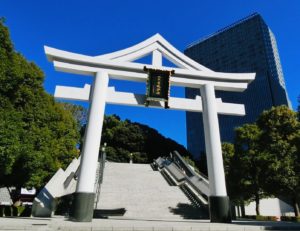 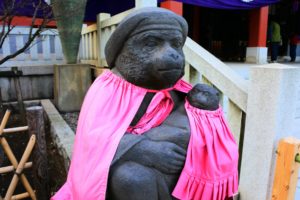 Mixed taste of a temple and a shrine

Inari is known as a Shinto divine which carries prosperity and protects foods. However, under the syncretism of Shintoism and Buddhism, which ended after the Meiji Restoration in 1868, Inari was equated with the Buddhist God, Dakiniten, who protects kitchens and the five grains. So you can find Inari both in temples and shrines.  Fox is believed to be the messenger and guardian of the Inari god. So the animal is one of the outstanding features in Inari temples and shrines.

By the way, this is the branch temple of Toyokawa Inari in Aichi Prefecture, which is less than 2 hours by a bullet train from Tokyo. The headquarter used to be worshiped by many famous samurai warrior generals, such as Oda Nobunaga, Toyotomi Hideyoshi, and Tokugawa Ieyasu.

Akasaka developed as the place where geisha, professional entertainers trained in traditional Japanese dance and music, and high-class traditional Japanese restaurants gathered after the Meiji Restoration. So naturally, many of the worshipers were related to the entertainment industry, and still today, many celebrities in that industry and sports industry worship this temple. 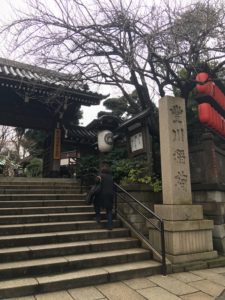 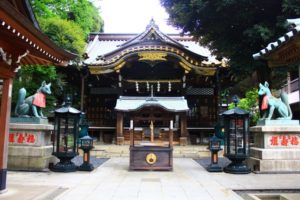 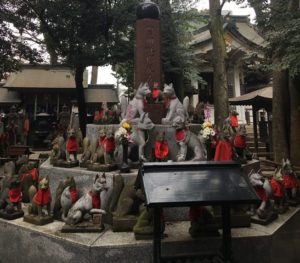 One of the oldest establishments among Japanese Confectioners

Across the Aoyama Street and at the neighbor of Toyokawa Inari Tokyobetsuin Temple, there is one of the famous long-established Japanese confectionery shop, Toraya. Toraya started its business in the late Muromachi Period(1467-1573) in Kyoto. Since the throne of Emperor Goyozei(1586-1611), it has served to the Imperial family. With the capital transition from Kyoto to Tokyo in 1869, the shop expanded its business to the Tokyo area.

Toraya Akasaka was refurnished in October 2018 with a cafe that has a large and full window facing Aoyama Street. There is an admission-free art gallery in the basement.

One of the Toraya's specialties is Yokan, a jelly dessert that is made of agar and red beans. Why don't you try traditional Japanese confectionery together? 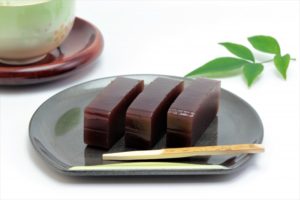 Free Japanese Garden in a 5 star hotel in Akasaka

On the way back to Akasaka Station, there is a famous five-star hotel, Hotel New Otani. This hotel was built for meeting the expected demand for accommodations for the Tokyo Summer Olympic Games in 1964. Inside its ground, there is a Japanese stroke-style garden around a big pond without an entrance fee. Why don't we enjoy the beautiful nature in the busy area in Akasaka? 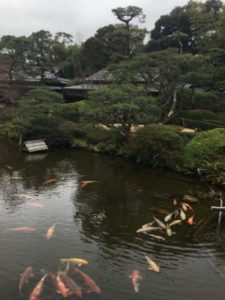 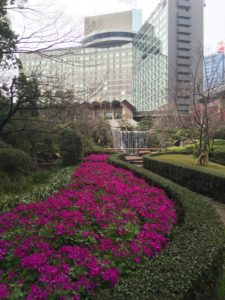