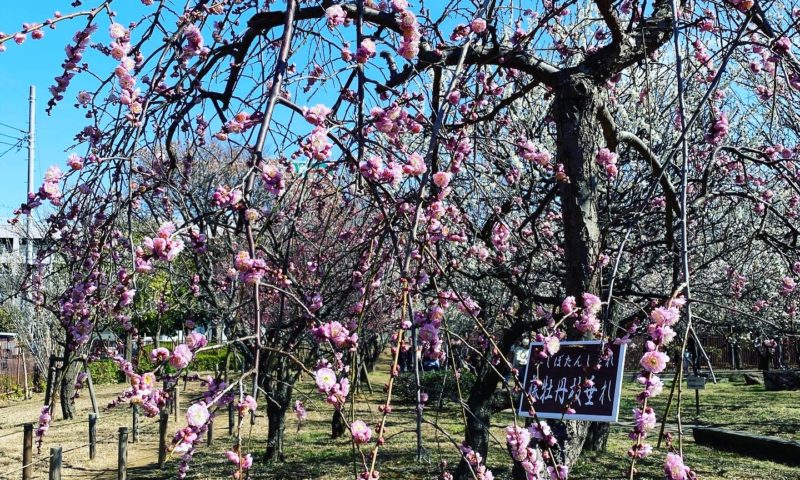 Since spring is just around the corner, there are more days when we can enjoy the daylights. So, one day in February, I searched for a place where I could enjoy plum trees in my neighborhood. Fortunately, I found a plum garden that owns about 150 plum trees and visited there with my little son. We could enjoy the wide variety of colors and shapes of the blooming plum trees. Some showed light red, dark red, white, or slight greenish flowers. Many trees displayed square and angular-shaped branches, and some had weeping ones. Under the trees and in the beautiful weather, we finally took the masks off and had a great time eating lunch outside.

By the way, when we think of “flower viewing in spring in Japan,” “cherry trees” will come first. But in the history of Japan, plum tree viewing started earlier than cherry tree viewing. Plum trees are flowering trees peculiar to East Asia and native to China. The word “plum” already appeared in the oldest medical document in China written 2000 years ago. In the document, 365 kinds of medicines were classified into three categories. Plums were included in the medium class and have been known to eliminate chest discomfort due to fever and soothe the mind. Plums are said to be introduced to Japan from China about 1500 years ago as a medicine called “Ubai.” (literary means “crows” and “plums”) Ubai is a smoked and dried plum that looks like a crow and still used as a medicine. Then, it was aristocrats of the Nara period (710-794) who began enjoying viewing plum blossoms. They loved composing poems while viewing the trees. This became the origin of the current flower viewing.

“Manyoshu” is the oldest Japanese poetry collection in Japan, compiled from the latter half of the 7th century to the latter half of the 8th century. It consists of twenty volumes and includes more than 4,500 poems composed by people of various statuses, from the emperor to the peasants. There are 118 poems about plum blossoms, which are second only to the bush clovers. Japan’s new era name, called “Reiwa,” was referred from the preface of 32 poems about plums in Manyoshu; “The early spring breeze carried the scent of the plum trees. “There are various opinions on who wrote this, but the poet “Otomo no Tabito”(665-731) who was successful from the Asuka period to the Nara period is said to be the author. He composed it when he had a plum blossom viewing party at his house. The poem expresses the arrival of spring due to the fragrantly blooming plum blossoms. The word, Reiwa, contains the wish that, like the plum blossoms announcing the arrival of spring after the harsh cold, every Japanese citizen can make their own flower fully bloom with hope for tomorrow.

In 2020, society and the entire world drastically changed due to the COVID-19. Regardless of the many difficulties, the situation has been gradually improving with various people’s cooperation. While enjoying the scent of plum blossoms, I will continue working on what I can do now one by one to make my own flower come into full bloom. 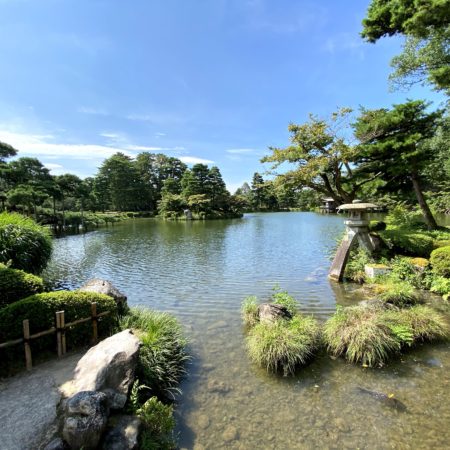