Unique Shrines and Temples in Tokyo 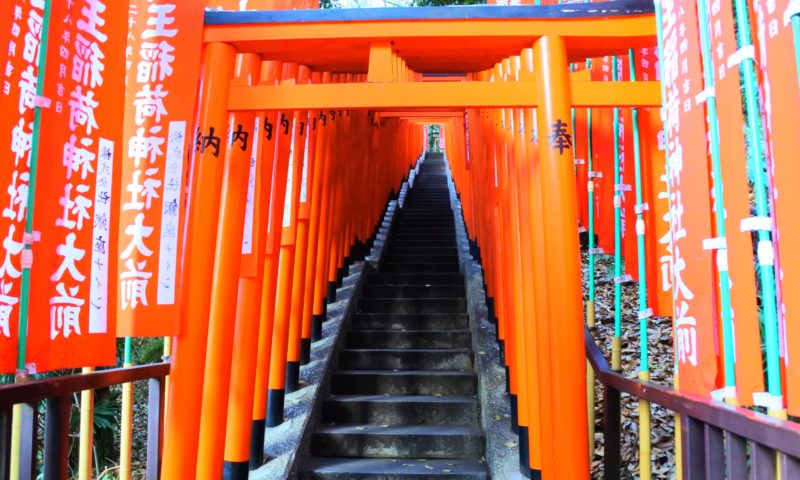 After arriving in Japan, you’ll be surprised to find tons of convenience stores everywhere. According to a survey, there are 55,460 stores as of February, 2020. However, you’ll be even more surprised to hear that there are 8,468 shrines and 77,042 temples in Japan due to a survey in 2019.

So you’ll accidentally encounter them when exploring a town. They are often surrounded by skyscrapers or on busy streets, some of which look modern. Regardless of their locations, most of them have long and fascinating histories.

One good example is Hie shrine which is located in Akasaka area, neighbor of the governmental agencies. In addition to the tall buildings surrounding the shrine, a long up-escalator is installed at one of the approaches to the shrine since its precinct is situated on the top of a hill. So, at first, you might not think it traditional.

The year of foundation is unknown. The shrine was transferred from Kawagoe Hie shrine in Saitama prefecture by Ohta Dohkan, a samurai warrior general of the late Muromachi period (1338-1573). He was the founder of the first Edo castle and its town. (Edo was the former name of Tokyo).

Then, the castle and town were rebuilt by Tokugawa Ieyasu who was transferred to Edo city and then became the first shogun, the head of the military government of Edo period (1603-1868) after winning at the battle of Sekigahara, one of the most famous and fateful battles that happened in 1600.

Ieyasu relocated Hie shrine to the Momijiyama-hill within the castle compound as its guardian deity. Then his son, Hidetada relocated the shrine from the compound during the reconstruction of the castle to Kojimachi area so that common people can worship it.

Due to the Great Meireki Fire in 1657, the shrine lost its facility and the fourth Shogun, Ietsuna assigned the residence of Matsudaira Tadafusa, a feudal lord as the new place for the shrine, which is same as the present location, Akasaka.

This area is located in the southwest of the castle which is called “Urakimon”, literally translated as the back-demon’s gate. Due to the air raid in 1945, it was burned down and rebuilt in 1958.

This shrine has recently has drawn lots of attentions thanks to its photogenic vermilion torii gates that lines along the Inari approach. This vermilion is called “Shuiro, or Ake” in Japanese. Ake sounds auspicious to people because it is close sound with “the bright future” in Japanese.

Why don’t you visit there in the early morning since it will be relatively vacant?

Other unique shrines in the town are “Karasumori Shrine” & “Hibiya shrine” which are located near JR Shinbashi Station.

The main approach of Karasumori Shrine looks like a backstreet to the bar area. Hibiya shrine is located along the JR line and you can observe trains from its premises. 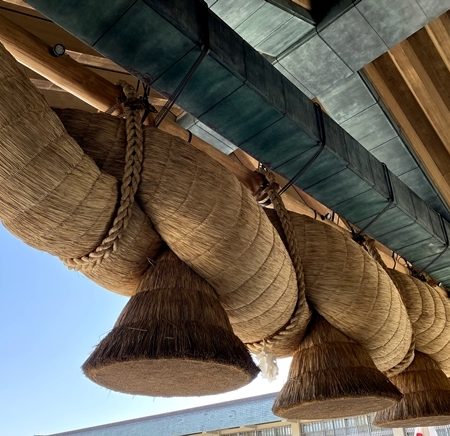